Tips to Help with Chord Changes

Before we get to the exercises themselves, there are a few tips that can help improve the effectiveness of the exercises. While some of these are specific to chord changes, several can be applied to guitar playing in general.

Reduce Tension in Your Hands

Simply put, tension is bad. It works against you in every way, making everything you attempt to do much more difficult.

Smooth chord transitions start with relaxed fingers, hands, forearms, and body in general. This allows the fingers to move freely and unresisted on the fretboard. Always pay attention to how much tension you’re holding in your body. If you find you’re tensing up, remove your hands from the guitar and shake them out, take a deep breath and restart.

When playing chords, you need to make sure you’re using proper technique. If not, it’s going to be really difficult to transition between chords fluidly.

Chords should be fingered with the tips of your fingers. Obviously there are cases where you’ll flatten a finger to play multiple notes, such as with barre chords. But for everything else, you’ll want to finger the notes with the tips of your fingers. Each note should ring out cleanly without any dampening from adjacent fingers touching the strings.

I think everyone needs to be reminded sometimes to just pull back and slow it down. The desire to play songs can cause people to rush and play sloppy just for the sake of playing through the song or progression. Playing slowly allows your body to fine-tune its movements and eliminate mistakes. This plays a crucial role in getting the most benefit out of the next tip.

When it comes to improving your chord transitions, repetition is king. Practicing chord changes over and over will help create the muscle memory you need in order to transition between chords fluidly without thinking about it.

Also, the repetitions should be varied. Rather than play the same progression every time, vary the chords. Your hands will adapt quicker and you’ll see better results.

A pivot finger is a finger that plays the same note across multiple chords. Instead of picking up every finger when changing chords, the pivot finger stays in place as an anchor and you use it to pivot between chords. Because you don’t have to reset your hand position, it’s much easier to transition from one chord to the next.

I’ve included some exercises below that help work on pivoting between chords.

Depending on where you are as a guitar player, certain chord fingerings may be difficult to play due to strength, flexibility, coordination, etc. Barre chords in particular can be quite challenging for the beginner guitar player.

Note that while this may have an immediate impact on your ability to switch chords, you shouldn’t avoid playing the full chord altogether. Continue to work on switching between full chords as well in order to aid in your overall improvement.

When starting out, learn as many beginner guitar songs as you can. Learning real songs helps keep you motivated and exposes you to tons of new chords. This will really challenge your coordination and help you get better.

Just keep the tip from above in mind. Take it slow and play the chords properly.

The exercises below will help smoothen out transitions between chords, but the key to getting the most out of the exercises is to practice slowly and use proper technique. You should be able to play each chord cleanly and move between them cleanly. If not, you’re playing too fast and need to slow it down.

Before we get into chord changing exercises, we’re going to start with a drill to help with learning how to finger new chords. This is particularly useful for beginner guitar players who haven’t established a high level of coordination.

Additional tip. If you’re really struggling to finger a chord, try establishing one finger to use as a guide that your other fingers can then reference. In the case of the D major chord, you may want to use the ring finger as the guide. Put your ring finger on the note first, then finger the other notes.

In this exercise, we’re going to practice using a pivot finger to move between two- and three-chord progressions. I’ve provided two strumming patterns for each progression.

The first is a simple downstroke strum appropriate for beginners just starting out with chord transitions.

The second strumming pattern is for those who are ready to build more fluidity in their chord changes.

In the first progression, we’re going to change chords from the open D major chord to the Cadd9 chord.

The ring finger on the 3rd fret of the 2nd string will act as the pivot finger since it shares the D note across both chords. It’s highlighted with the orange note marker in the diagram below.

This finger will stay in place as you move from the D chord to the Cadd9.

It can feel a little strange at first, but you will quickly see how this aids the process. Just remember to release all tension prior to performing the exercise.

Below we have the audio for two different strumming patterns. The first pattern is more simple and consists of only downstrokes. The second pattern mixes in both downstrokes and upstrokes.

For all examples, use a tempo that’s appropriate for you and allows you to practice without mistakes.

In progression two, we’re going to change chords from C major to Am using the index finger as the pivot finger. Remember, the index finger stays in place throughout and never leaves the fretboard.

Audio for the two strumming patterns is below:

In this last progression, we’re going back to the D to Cadd9 chord change and adding G major as well.

Again, the ring finger will be the pivot finger across all three chords. With these chords, we’ll play two different progressions:

Many full chords can be simplified by removing notes to avoid barring and/or reducing the chord to its basic structure of a triad. While this will change the voicing of the chord and it make it sound a bit different, it does provide a solution to help transition between chords.

In this first example we’re going to simplify a barre chord and make it much easier to play. The progression is going to be C – F.

Typically when playing the F major barre chord, you barre across all six strings with your index finger on the first fret. However, we can simplify this by omitting the F note on the 6th string and using your index finger to only play the notes on strings 1 and 2.

This allows you to use your index finger as a pivot finger and you only need to roll it back to grab the F note on the 1st string. Also notice that the ring finger acts as a pivot finger in this chord change as well.

You can actually take this a step further and omit the C note on the 5th string.

Out of these full chords we’ll pull the following triad shapes:

The drawback is these chords will sound less full. However, you can always work back to full chord transitions once your overall coordination and technique improves.

Transitioning between chords takes time to master and it can be tough for beginners. Chord fingerings feel awkward and it takes a bit of patience to get them down. But with consistent practice and utilization of the exercises and tips in this lesson, muscle memory will take over and your chord changes will improve exponentially. 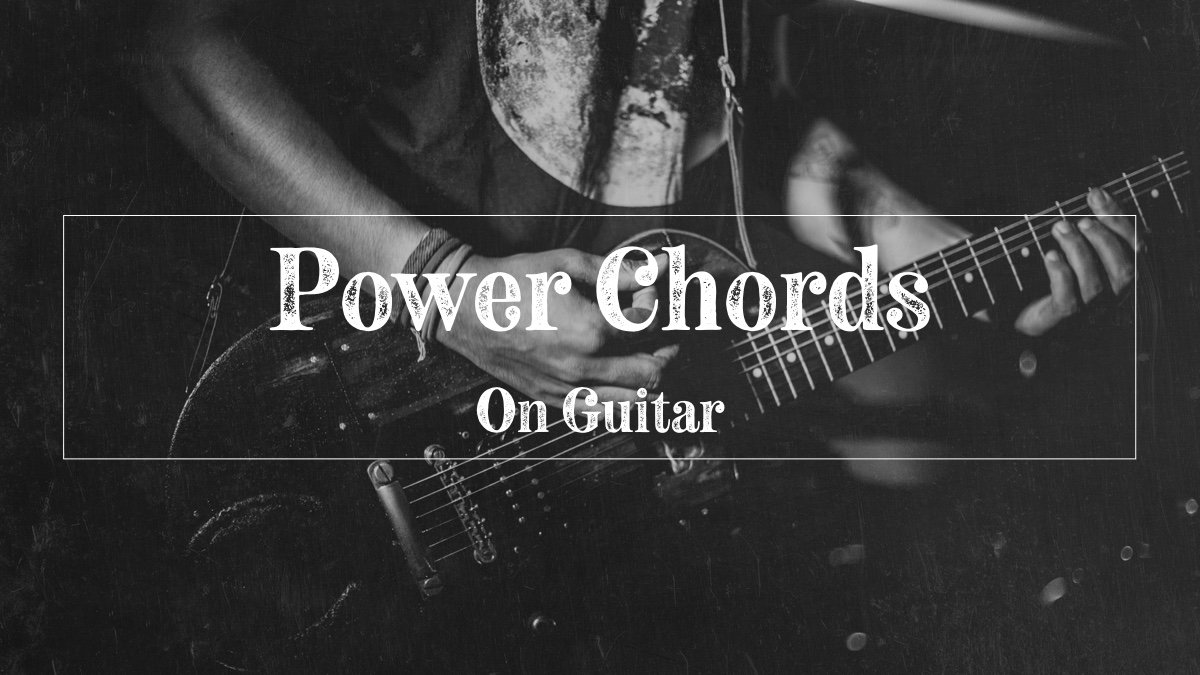 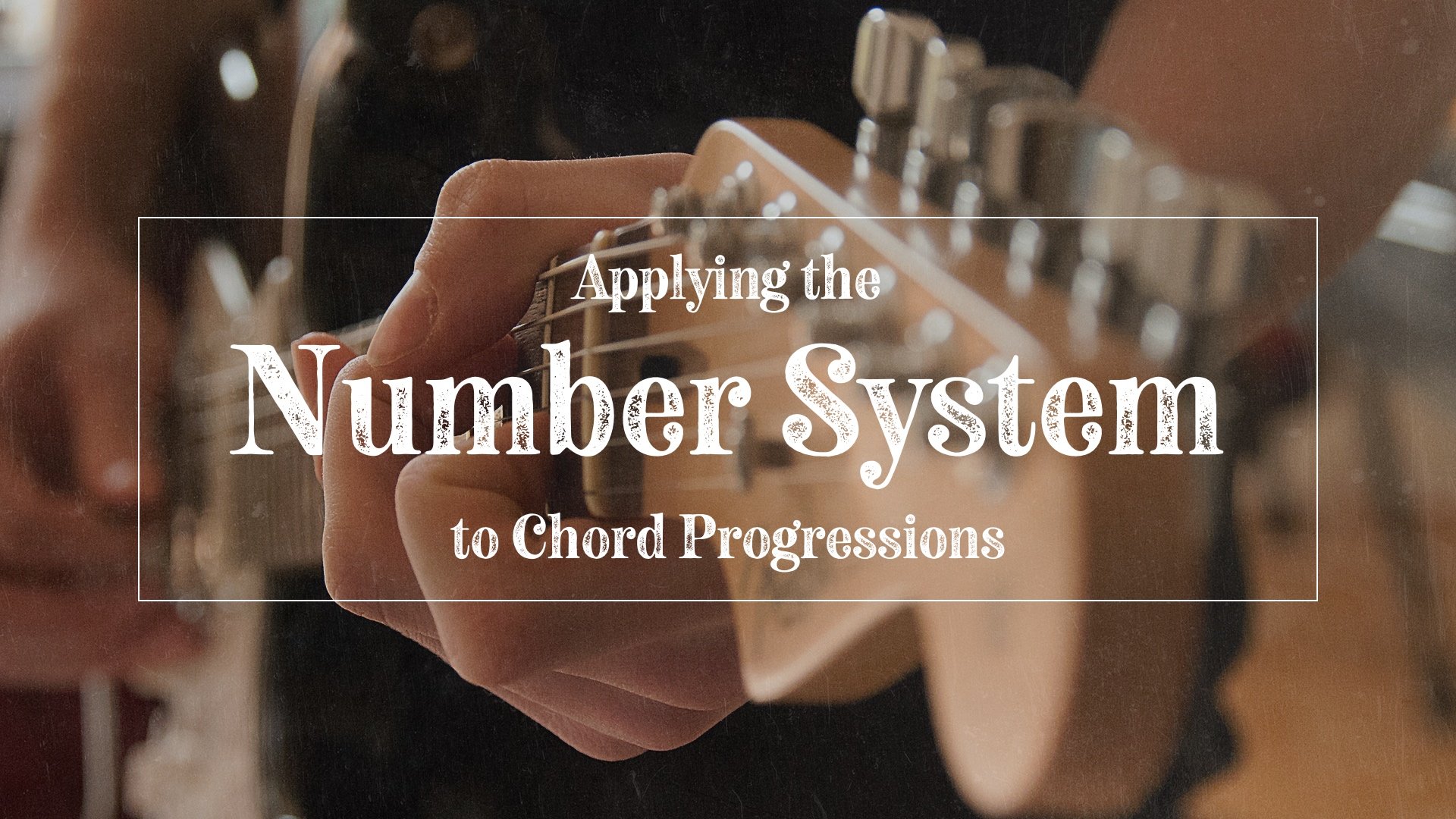 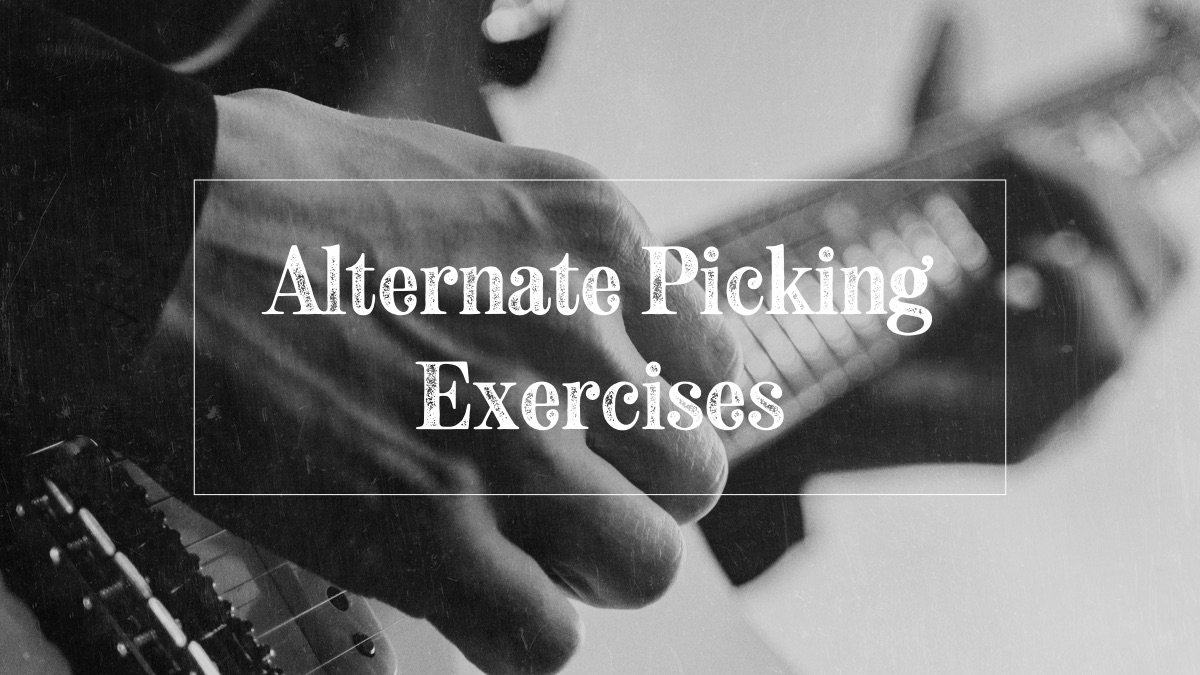