The major scale is the centerpiece of music theory and probably the most commonly used scale in music. In order to understand chord building, progressions, and other scales, you need to first understand the major scale. In this lesson we will take a look at what makes up the major scale and learn the major scale patterns and positions on the guitar fretboard.

Notes on the fretboard

If you don’t know the notes of music or where they are found on the fretboard, you may want to spend some time with the following lesson:

Learning the Notes on the Guitar Fretboard

Why Learn Scales on Guitar?

A common misperception of guitar scales is that they’re only useful for soloing. This couldn’t be further from the truth. Yes, scales can provide the basis for soloing on the guitar, but there’s so much more than that.

Let’s start with a little scale theory to understand what a guitar scale is. Then we will dive into the major scale specifically and see how it sets the foundation for all other guitar theory concepts.

Before we get to the details of the major scale, let’s start with a basic understanding of what a music scale is.

The scale formed by the group of notes is determined by the intervals, or distance, between each note of the scale and the number of notes in the scale.

The major scale consists of 7 notes and an octave note (the root note played an octave higher/lower). If we take a look at the G major scale, its notes are as follows:

Listen to the audio to hear how the G major scale sounds:

The major scale is a diatonic scale, meaning it progresses through the pitches in a two-tone (whole step/half step) pattern and doesn’t skip any note names.

A step is just a measure of distance between between two notes.

The whole step/half step pattern for the major scale looks like this:

You may also see it written as:

Using this pattern with the G major scale from above, you can see how the scale is built:

Interval Qualities of the Major Scale

Each interval of a scale has a quality to it that determines the type of scale it forms and the characteristics of that scale. The intervals for the major scale are as follows:

In the diagram below, you can see the relation between the notes and intervals of the G major scale.

While the notes for a given major scale may change, the interval qualities remain the same. This is an important concept because this allows for movable shapes and patterns across the fretboard. In other words, the pattern for the G major scale will also be the pattern for C major, D major etc. The only thing that changes is the root note on which the pattern is based.

Now we’ll take a look at the major scale positions and patterns that make up these positions.

Major Scale Patterns and Positions on the Guitar Fretboard

You can think of the guitar fretboard as one big connected grid. Within this grid, you find patterns of notes. It stands to reason that if the notes on the fretboard follow a given pattern, so too do the scales that are derived from these notes. This is important to understand because once you learn to recognize the patterns that make up a given scale, it gives you the freedom to play across the entire fretboard.

The examples here use what’s known as the CAGED guitar system to create the scale shapes. However, this isn’t the only system that’s used to create scale shapes on the fretboard. Another popular method is the 3 notes per string method. I don’t endorse either as being better than the other. I think that’s a personal preference and you should use what works best for you. You can find 3 notes per string examples in the resource section at the bottom of this lesson.

We’ll continue using G major as the example. However, to avoid associating these positions with G major exclusively, the diagrams will be labeled according to intervals to reinforce the application to all major scales. Plus, it’s important to understand intervals as they are a foundational concept of music theory.

Starting with the G note on the 3rd fret of the 6th string, play each note of the scale in order across the fretboard (ascending) and back to the starting position (descending), including the F# on the 6th string. It’s a good idea when learning these scales to get into a habit of starting and ending on the root note, but be sure to play all notes of the pattern.

In position 2 of the major scale, the root notes are found on strings 4 and 2, which means this position only contains two root notes. As with position 1, practice the scale starting on the root note and play ascending and descending.

Notice how this position connects with position 1 via the notes on frets 4 and 5. While the actual frets will change from one major scale to another, the association is the same. Position 1 will always connect with position 2 via the same note intervals.

Position 3 of the major scale contains two root notes, located on the 2nd and 5th strings. Again make note of the root note patterns and the connecting notes with the second position above.

Moving on up the fretboard to position 4 you again find two root notes, located on the 3rd and 5th strings.

By including the p4 on the 6th string, the fourth position of the major scale spans a lot of frets (5). You can choose to omit this note if you want, but I prefer to include it as part of this position. Note the suggested fingerings on the position shifts.

As with position one, the fifth position of the major scale includes three root notes due to two of them falling on the 6th and 1st strings. This position also includes a position shift, so pay close attention to the suggested fingerings for how to player over it.

Of importance to note is that these patterns are all connected to the position above and below by shared notes. The diagram below shows this relationship.

Once you get to the last position (position 5), the patterns repeat themselves, starting again with the pattern of position 1.

While the scale positions above cover two octaves, they can also be broken into single octave patterns. Going from the root note on strings 3 through 6, you can create the following scale patterns.

Root on the 6th String

Starting with the root on the 6th string, there are four common scale patterns. Note that in the first scale pattern you’re using open notes in the scale, but this pattern is movable and can be played anywhere on the neck. Note in pattern four mind we’ve moved to the A major scale since the root note is on the 5th fret of the 6th string.

Root on the 5th String

With the root note on the 5th string, you get the following common patterns for the major scale. Note that these are almost identical in shape as the patterns from the 6th string root. The exception is when the scale moves to the 2nd string, which is tuned a 1/2 step lower.

Root on the 4th String

On the 4th string the patterns change a bit more to compensate for the tuning of the 3rd string. Still, you should see the similarities between these patterns and the previous.

Root on the 3rd String

Finally, we have the patterns created starting with the root on the 3rd string.

To summarize, a music scale is a group of notes arranged sequentially by pitch and played individually. The major scale is a diatonic scale consisting of 7 notes and and octave note. You build it by following a formula of half/whole step intervals (W-W-H-W-W-W-H).

Since so many other musical concepts and theory are derived from it, the major scale is the most important scale for a guitarist to know. Learning it sets the foundation for applying music theory to the guitar, so take your time to thoroughly understand the content in this lesson. 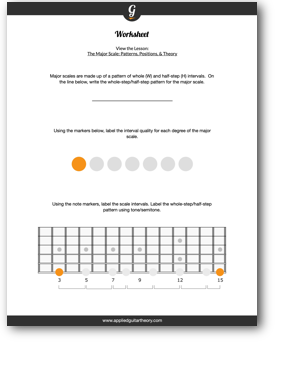 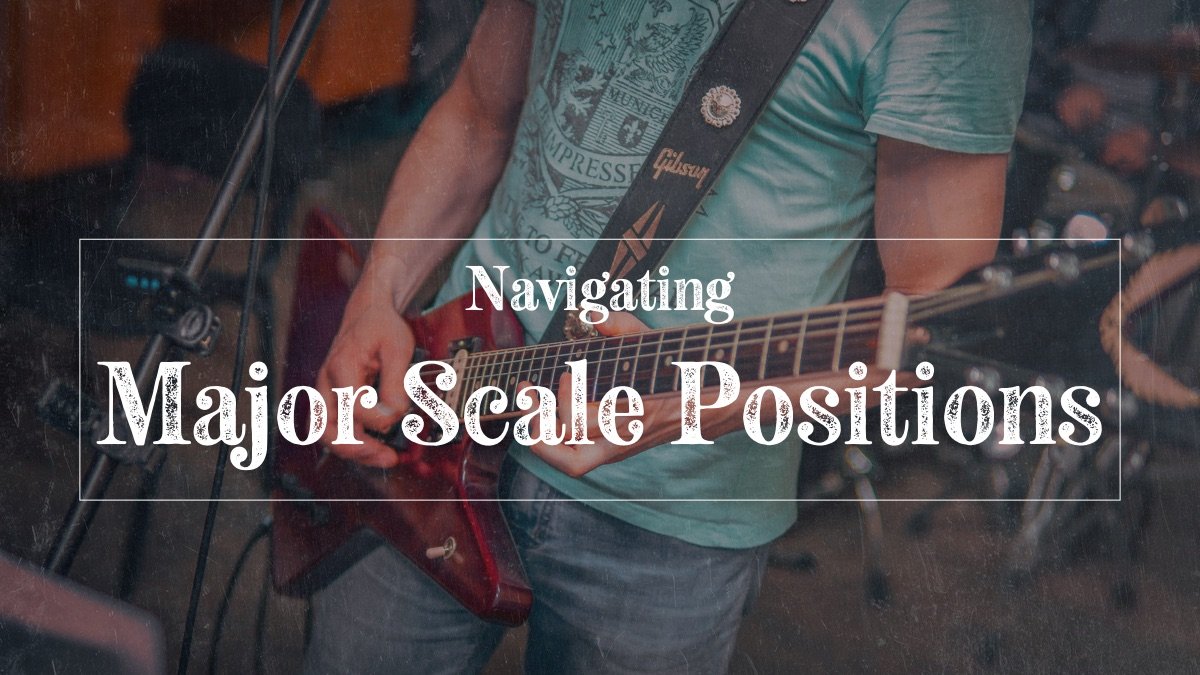 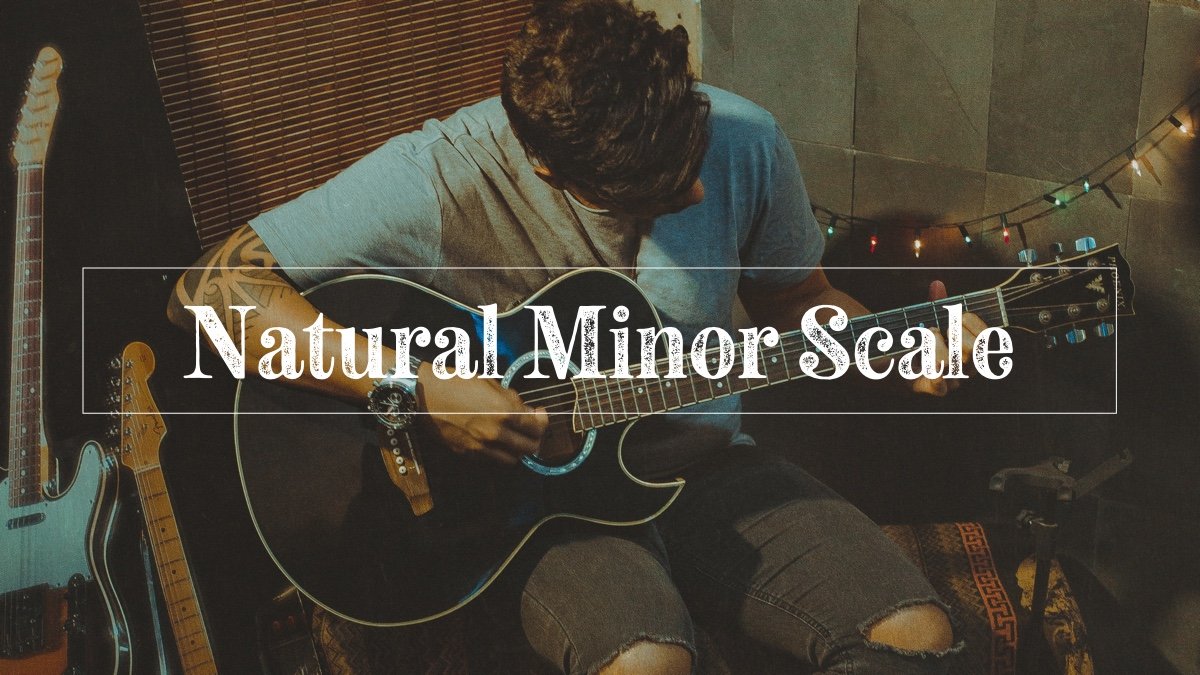 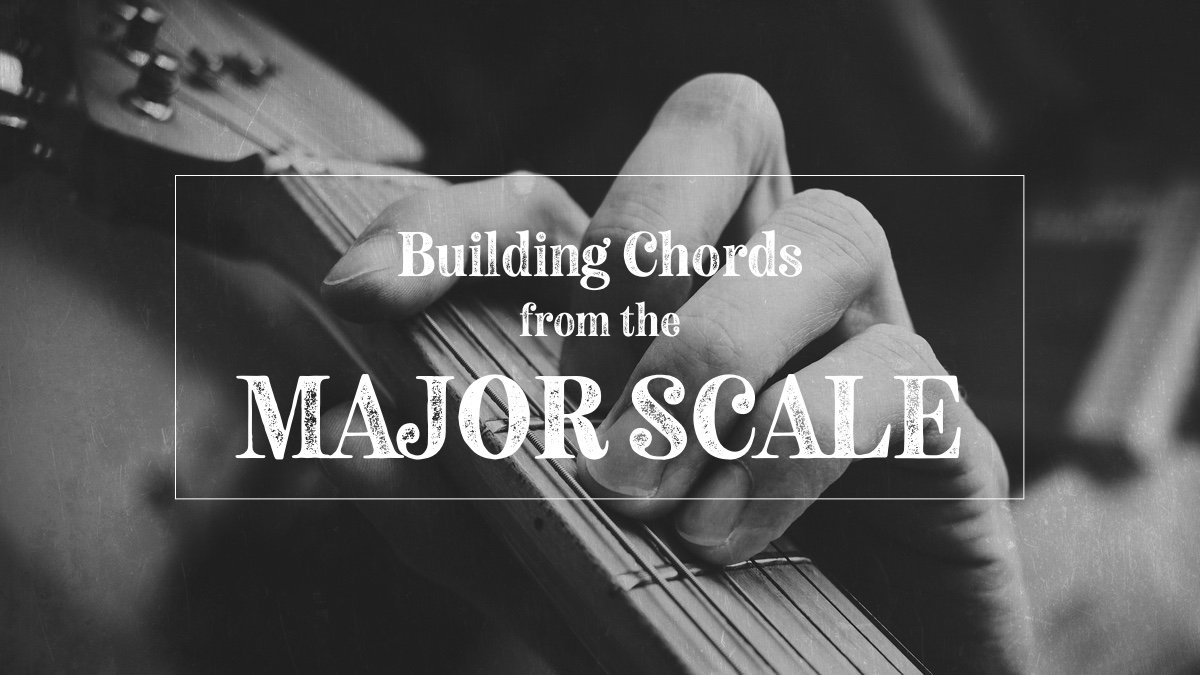