In this lesson we analyze Pink Floyd’s Time guitar solo using guitar tab and scale diagrams, uncovering how David Gilmour gets so much mileage from a single scale. If you just take a casual listen to it, it may not seem like much is going on. But when you look deeper into what’s being played, you see there are some really effective ways to utilize a scale.

This solo also contains a lot of breathing room, so it’s interesting to analyze note selection over the different chord progressions.

Before diving into the solo itself, we’re going to take a look at the rhythm section and chord progressions behind the solo. The chords and rhythm being played will influence scales, notes choices, and dynamics of the solo.

The song is played in the key of F# minor and the chords used over the solo come straight from the key. The only chord not used is G#dim.

In the first half of the solo, the chord progression is the same as the verse:

In the second half of the solo, the chord progression switches to the bridge section of the song, in which the 7th chords are played:

The notes for the Time guitar solo come straight from the F# minor scale:

If you’re not familiar with the solo, you should take a listen before you get started. Even if you are familiar, it’s still to take a another listen to have it fresh in your mind before you start. Of course, you should always listen to it as you go along as well. There are nuances to playing that you just can’t pick up through guitar tabs and diagrams.

You can listen to the solo here: Pink Floyd – Time guitar solo

The first part of the solo we’re going to go over uses the first three positions of the F# minor scale. These three positions span from the 1st fret through the 10th fret as shown in the diagram below.

The top part of the diagram shows each scale position in isolation, while the bottom shows them in context. Notes that are not used in this part of the solo have been faded in order to highlight only the notes being played.

The solo starts out with a slide to the key center note, F#, on the 4th fret of the fourth string. It’s also the root note of the F#m chord, the first chord of the progression played by the rhythm section.

The next couple of note selections are good examples of targeting chord tones. The bend on the 4th fret of the second string targets the C# of the A chord and then the B note from the E chord.

This part ends with a bend up to F# from the 9th fret of the third string.

This second part of the solo takes the 1st position of the F# minor scale and moves it up an octave to the 14th fret. It begins with a 4-note F# minor arpeggio that bends the 17th fret of string two up to F#, again targeting the key center note.

Most of this section is played using the 1st position of the scale, until it moves into the 2nd position with a bend on the 19th fret of the first string, targeting again the C# from the A chord.

The last part of the guitar solo incorporates positions 1 through 4 of the F# minor scale. It begins with a 4-note D major arpeggio over top of the Dmaj7 chord. It then slides through positions 1-4, targeting chord tones. The last four bars are played primarily in position 1, and focuses on hitting the root notes of the chords in the rhythm section.

Below is the full tab of the guitar solo.

The Time guitar solo is a great example of how a single scale can be used to play over 7 different chords while effectively targeting chord tones and applying arpeggios. This solo, like many from David Gilmour, drives home the idea that you don’t need to use a lot of scales to create a great guitar solo, you just need to be able to use them effectively. 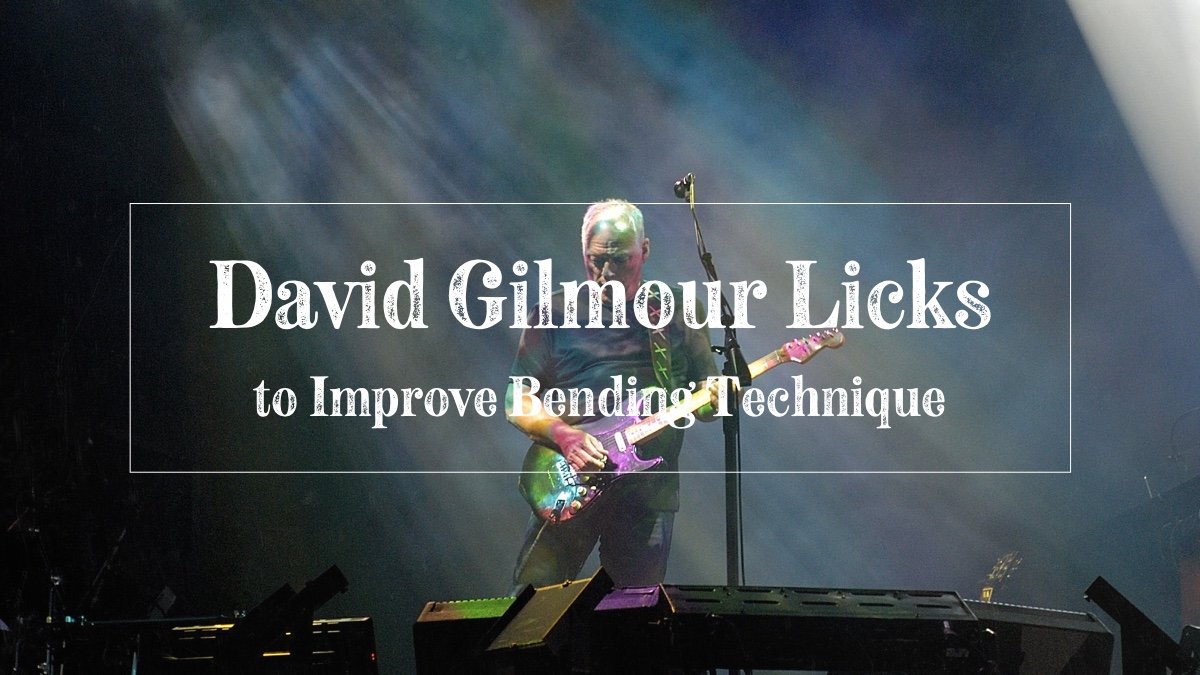 5 David Gilmour Licks to Level Up Your Bending Technique 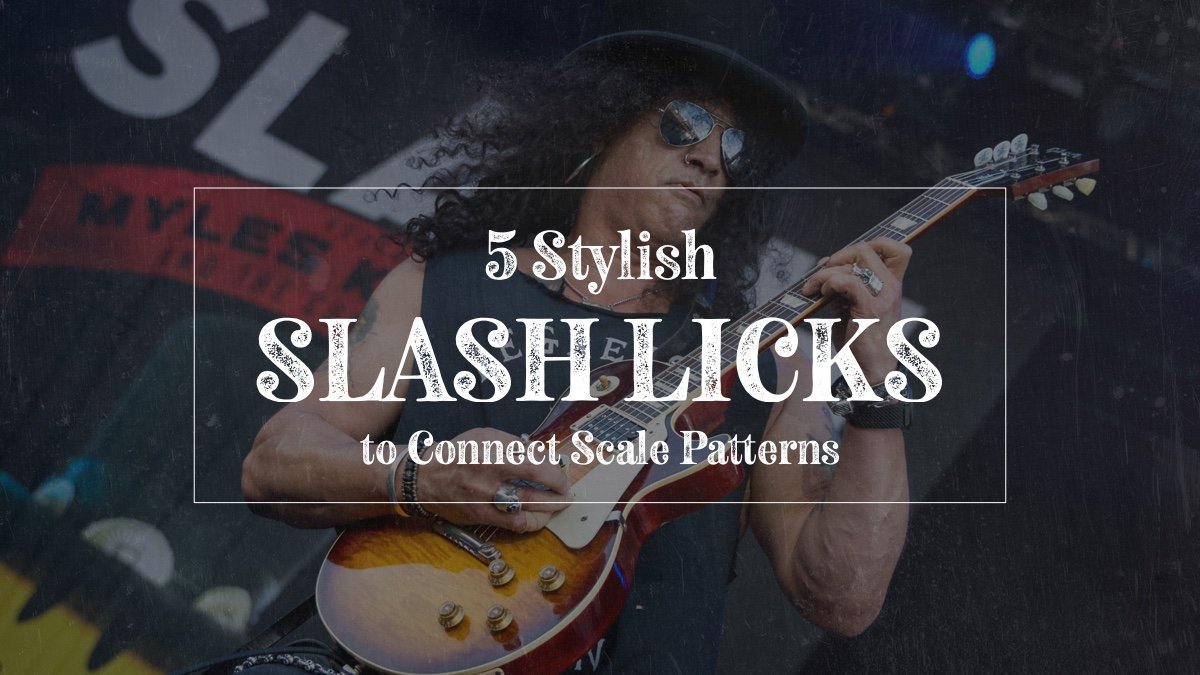