The circle of fifths is an arrangement of the 12 musical notes of the chromatic scale, all a fifth apart and in the shape of a circle. While at first this may not sound very interesting, the circle reveals important relationships between the pitches and organizes them in a way that’s very useful to understanding diatonic harmony.

Notes in the Circle of Fifths

The circle of fifths contains all 12 pitches of the chromatic scale.

It’s named as such because with the arrangement of the pitches, each note is a 5th apart from the adjacent note.

You typically see the circle of fifths represented by two rings, an outer ring and inner ring. We’ll go through both and learn what they tell us.

Building the circle of fifths

The outer ring of the circle of fifths contains each of the 12 notes used in music and represent each of the major keys.

If you move clockwise around the circle, you’re moving up a 5th with each note.

Take C for example. Starting from C and counting forward a 4th we get F.

But there’s something counterintuitive about moving counterclockwise around a circle and counting forward in the scale.

Let’s start building the circle of fifths by moving clockwise around the circle.

Starting with C at the top of the circle and moving clockwise, each subsequent note is a 5th higher than the starting note. If we write out the C major scale we get the following:

We can see here that the 5th degree of the C major scale is G. If we start with G, we get the following:

As you can see, in both instances the 5th degree of the major scale is the next note we find in the circle.

Continuing around the circle we get the following:

At this point we’ll stop and point out something interesting about this sequence of scales.

The full list of sharps can be seen in the table below.

This sequence of sharps makes it really easy to determine the key signature using the circle of fifths as a reference. Going clockwise around the circle we know exactly how many sharps a key contains as well as the sharp notes.

At this point, with the C# major scale we’ve added all the sharps a major scale contain (7). Now let’s take a look at moving counterclockwise around the circle of fifths and see if any similar sequences emerge.

Taking the same approach as above, if we move counterclockwise around the circle we move down a 5th with each note (or up a 4th if you prefer). Starting with F, we get the following:

Notice that C is the 5th degree of the F major scale, which makes sense since we’re moving down a fifth when we go counterclockwise around the circle.

Continuing around we get the following:

If you paid close attention, you may have noticed another pattern emerge. With each key going counterclockwise, a flat note was added to the scale. F contained one flat, B♭ contained two flats, and so on. The flats are summarized in the table below.

Again, this gives us a quick way to determine the key signature for a given key. Only on this side of the circle, we’re using flats instead of sharps.

You’ll notice the bottom of the circle contains two notes in each piece of the circle. These are enharmonic notes, meaning they are the same pitches, but named differently in order to comply with the naming conventions of the major scale (ie. every note letter is used in the scale by adding sharps/flats where necessary to stick to the convention).

C♭ is the enharmonic equivalent of B

G♭ is the enharmonic equivalent of F#

D♭ is the enharmonic equivalent of C#

So which key do you use? While these keys are equivalent in pitch, it’s typically easier to use the key with fewer sharps/flats.

For instance, in the case of C#/D♭, C# contains 7 sharps while D♭ contains only 5 flats.

The inner circle in the circle of fifths is composed of relative minors of the major keys in the outer circle. Relative minors share the same key signature as its major scale counterpart, which means it is made up of the same notes and chords as its relative major.

Relative minors are found at the 6th degree of the major scale. So we can find the relative minor for any major scale by writing the scale notes out and counting to the 6th note.

As you’ll see next, this arrangement of relative majors and minors provides a very practical use case for the circle of fifths.

Using the circle of fifths

We touched on one use for the circle of fifths above when we discussed the pattern of sharps/flats as you work your way around the circle clockwise (sharps) and counterclockwise (flats). This gives us an easy way to determine the key signature for the given key.

Let’s take a look at an example.

Finding the chords of a key

These three chords make up the three major chords in the key of C.

Now let’s look at the inner circle. If we take the relative minor chords for each of the three major chords in the key of C, we get the following:

This gives us the ii, iii, and vi chords in the key of C.

At this point, the only chord missing is the diminished chord found on the 7th degree of the major scale. For the key of C major, we’re looking for the Bdim chord.

On the circle of fifths, this chord can be found directly across from the IV chord (F).

This structure holds true all the way around the circle of fifths and can be used to easily find the chords for any major key.

If you look closely, you’ll also notice there’s another pattern that reveals the diatonic chords for the key of C.

Starting with the major chords F, C, and G and continuing around the circle we have D, A, and E as the next notes. The minor chords for these notes are the exact same as the minor chords in the key of C.

Moving clockwise from F, we have the following chords in the key of C:

The pattern then connects to the diminished chord built on the 7th degree of the C major scale, B, which completes all of the diatonic chords for the key of C.

Again, this is a pattern that holds true all the way around the circle, so it can be used for any key to quickly get the chords of that key.

A third option for getting the chords of a key is The Chord Wheel. It’s a handy reference tool based on the circle of fifths.

While it’s not necessary to memorize the circle, it can be useful to know in case a reference isn’t always available. One exercise that I’ve used to help memorize the circle is using it to learn the notes on the guitar fretboard.

With this exercise, you simply go around the circle and find all instances of each note on the guitar fretboard. You can set a timer and spend a minute finding each note.

Be sure to choose different starting points and move both clockwise and counterclockwise around the circle. Over time, you will master all of the notes in the circle as well as on the fretboard.

The circle of fifths is a really cool tool that helps show the different relationships in diatonic harmony. It makes it easy to determine key signatures and chords diatonic to a given key. While we mainly discussed these two points in this lesson, there is so much more information that can be gleaned from this tool. Spend some time exploring it and see what other useful patterns and relationships you can pull from it. 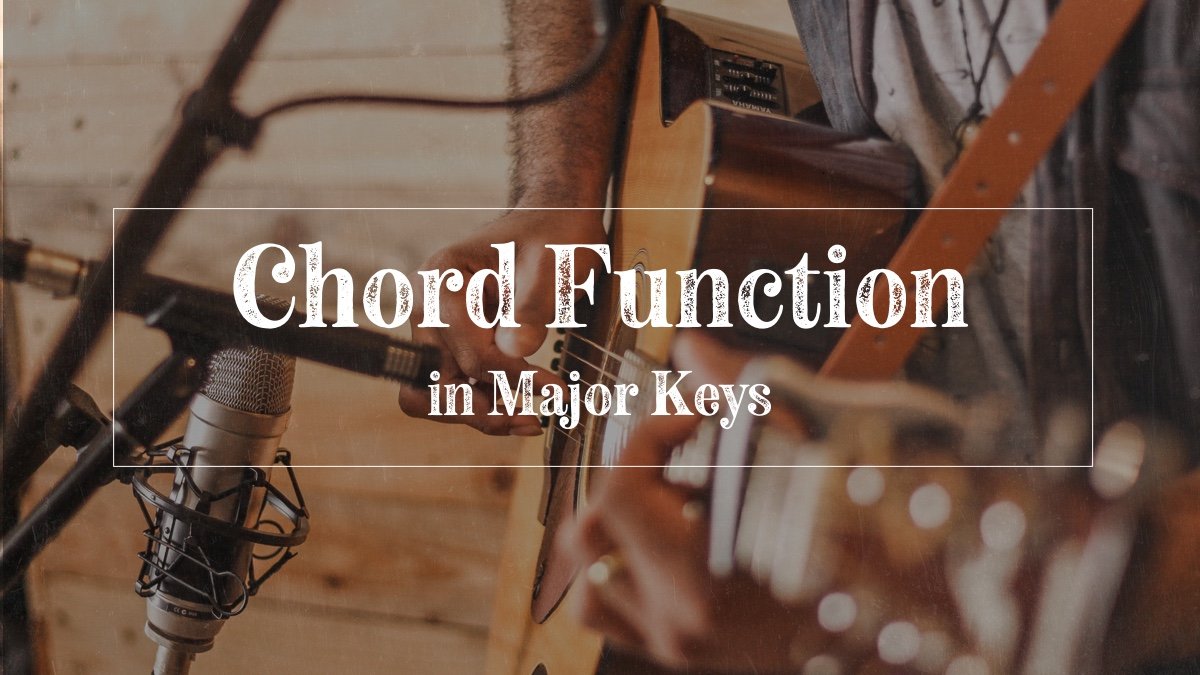 Chord Functions in the Major Keys 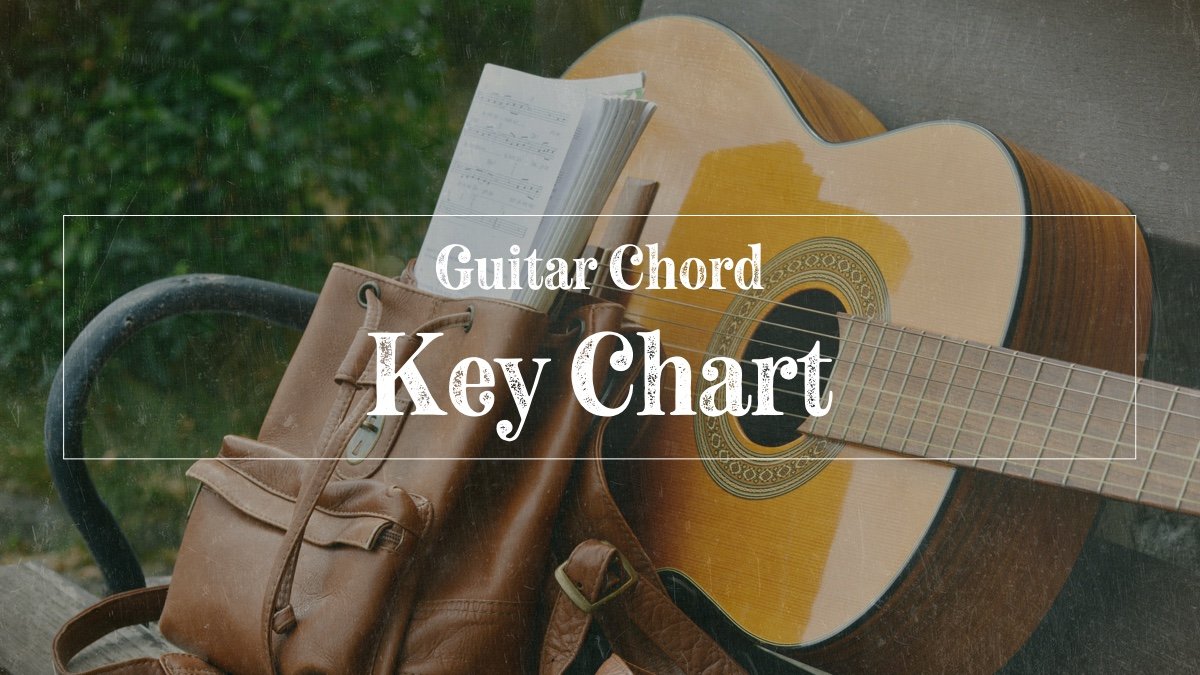 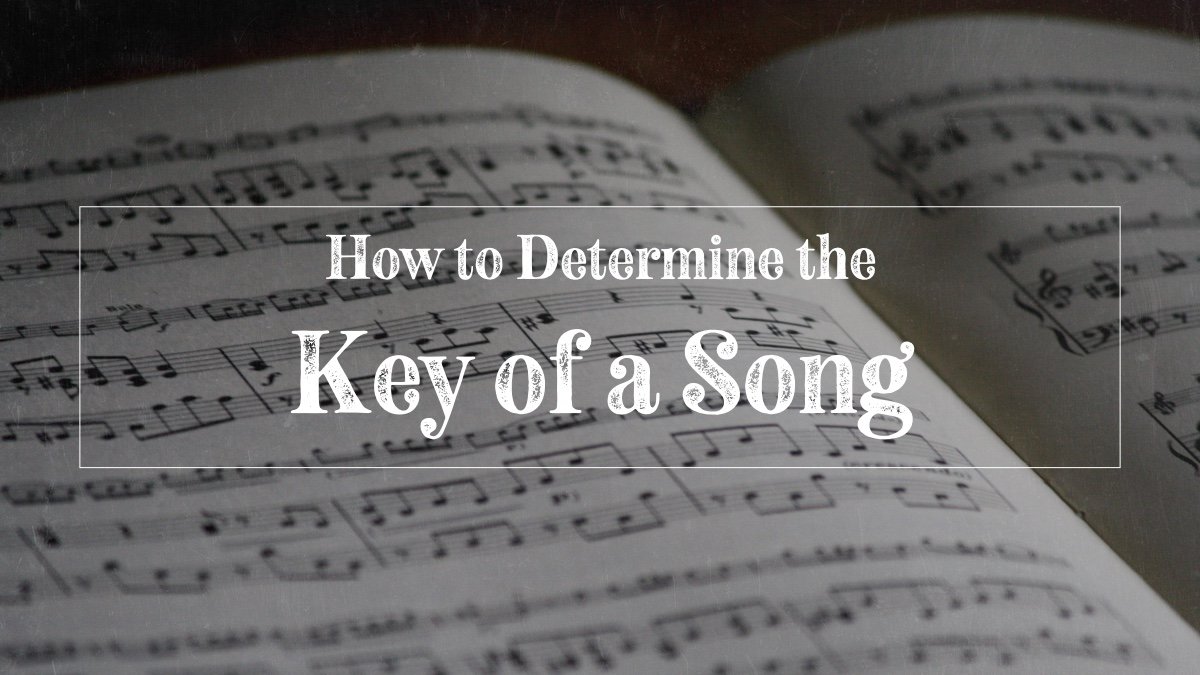 How to Determine the Key of a Song