As guitarists, once we learn the scale positions we seem to immediately strive for the magic formula to get “out of the box” and extend our playing up and down the fretboard. Who can blame us? It can feel so restrictive and limiting to our playing.

But, it doesn’t have to feel that way.

What if instead of trying to trying to get out of the box, we maximized what is available to us in each box position? This can be achieved with a positional approach to guitar playing in which we expand our limited view of what a position has to offer.

What is positional playing?

For the purposes of this lesson, when I say “positional playing”, I’m not specifically referring to the standard definition of guitar positions (ie. position 1, position 2, etc).  I’m simply referring to playing in any given position on the guitar, but utilizing what’s available in that position to play chord progressions, solos, etc without moving up or down to another position.

When learning guitar, it’s easy to limit our view of a given position on guitar to a single scale, chord, arpeggio and so on. Then in order to play different scales, chords, etc, we simply move the shape to another location on the neck.

However, by doing this we’re leaving a lot on the table. Any given position on the fretboard is full of opportunity, we just need to expand our view of what’s in a position beyond a single scale or chord.

Let’s take a look at the notes on the fretboard to see how this works.

Note layout on the fretboard

If we take any five fret section of the fretboard and examine the notes, we see a continuation of notes from string to string (with the exception of string 3 to string 2, which overlaps a note due to the B string being tuned a half step lower).

For example, let’s look at the notes on all strings between frets 2 and 6:

Starting with the sixth string and going string by string we get the following:

In this 5-fret section we get all of the notes available to us in music in at least 2 octaves.

So what’s the significance?

With access to all of these notes, we also have access to many chords, scales and arpeggios in this same position. It’s all available to us without having to change positions.

Using frets 2-6 from above, let’s take a look at a few pentatonic scales that can be played in this position:

This is particularly useful in diatonic harmony, as you can harmonize major and minor scales in each of the five CAGED positions. In other words, you can play any chord, triad, scale or arpeggio that occurs naturally in the major/minor scale in a given position.

For instance, if we were using the G major scale out of the E form position, we could play the chords, arpeggios, and scales for all of the following in the same position:

This concept is covered in my book, Guitar Essentials: Foundational Fretboard Navigation, complete with exercises for triads, chords, arpeggios and scales.

So, what’s the point of this positional approach to playing? Perhaps the biggest benefit is it helps you to thoroughly learn the fretboard. Instead of being able to move to familiar fingerings and places on the neck, you’re forced to utilize a single position to its maximum. This will help you break free from playing the same chord voicing, licks and runs you’re accustomed to playing, allowing you to expand your chord and lick library.

There’s also a practical economic benefit to positional playing. This is particularly useful when there’s a quick transition from chord to chord. In these situations you can fully take advantage of what the fretboard gives you.

Let’s take a look at a few examples of this concept when applied to a I-IV-V chord progression. The examples we’ll use will be in the key of A.

When playing a I-IV -V chord progression in the key of A starting with the A barre chord at the 5th fret of string six, it would be common to play the following chord forms.

While the A and D chords (I-IV) share the same positional location on the guitar, the E barre chord is played two frets higher than the D barre chord, which causes a position shift.

If we wanted to keep the progression in one position, we could utilize the C form E chord (from the CAGED system) with the root on the 7th fret of the sixth string.

Here we’re playing the whole progression without having to move up or down the fretboard.

Again, with this approach we’re not limited to just chords.  It applies to triads, arpeggios, and scales as well. Let’s take a look at a few more examples.

Let’s take a look at an example using triads. We’ll stick with the same I-IV-V progression in the key of A major.

A typical approach to playing this triads would be to use a single voicing and play them up the neck as shown in the diagram below.

If we take a positional approach and utilize other voicings available to us, we can keep in the same general location on the fretboard.

An added benefit to a positional approach in this instance is the great improvement in voice leading. The notes from one chord to the next are much closer together, which makes the progression move nicely from triad to triad.

For our last example, let’s take a look at arpeggios. Again, we’re going to stick with I-IV-V in the key of A, but we’ll use dominant 7th arpeggios for a bluesier application. The arpeggios will be A7, D7 and E7.

These arpeggios can be incorporated nicely into a I-IV-V blues progression without ever having to change positions.

When learning the guitar you should always strive to learn and be able to utilize as much of the fretboard as possible. Approaching the guitar from a positional standpoint will force you to grow and develop beyond your current capabilities. By maximizing what each position on the guitar gives us, we’re presented with unlimited options for musical expression. This, in turn, will allow us to play more freely anywhere on the fretboard.

Start incorporating this approach into your playing. You can use what you already know (songs, chord progressions, licks) and adapt them to a single position. Not everything will sound great with this approach, and that’s ok. The purpose here is to expand your ability to utilize the fretboard to its fullest extent, and this is a great way to do so. 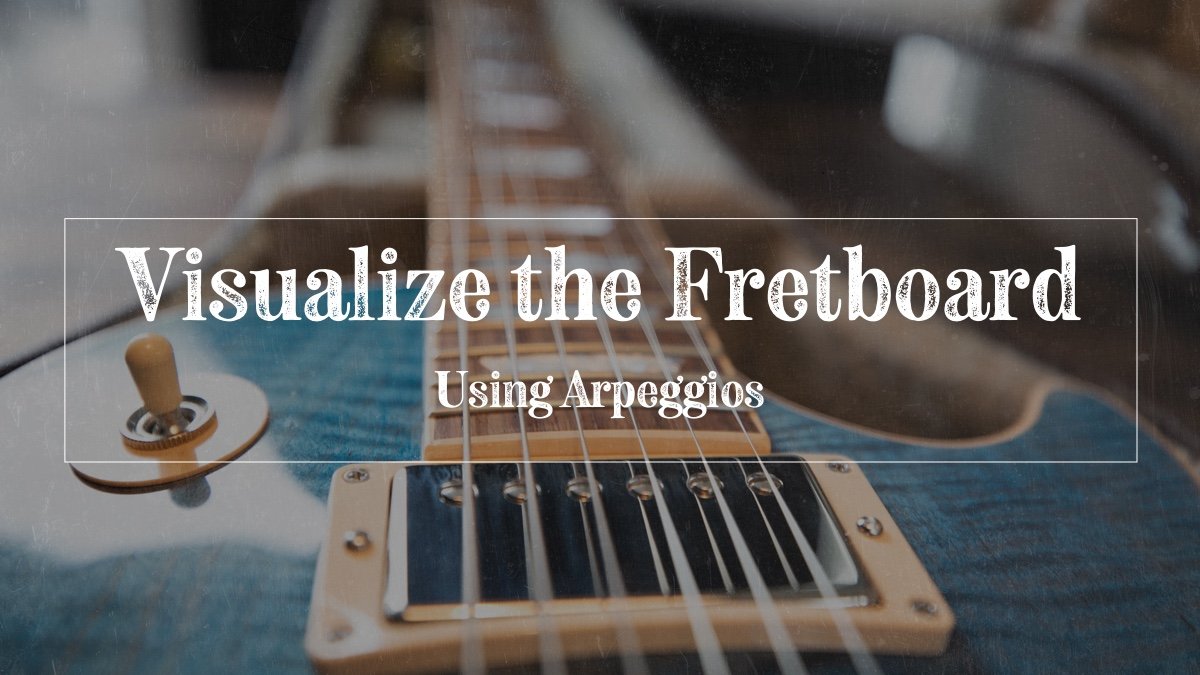 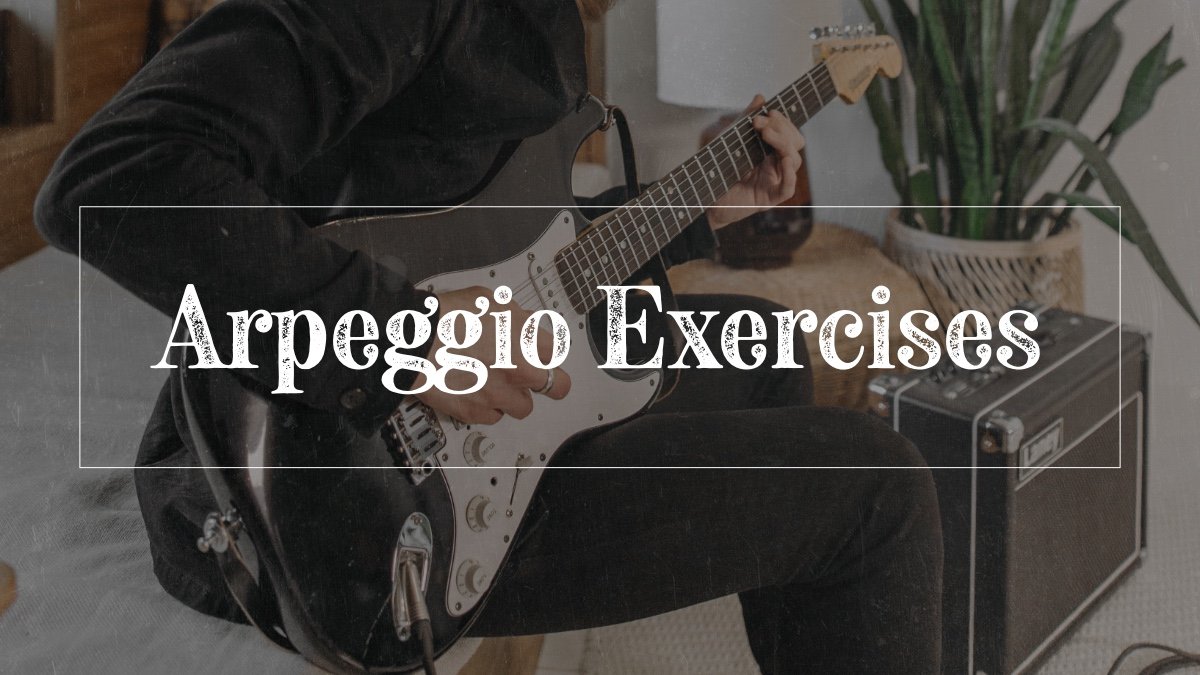 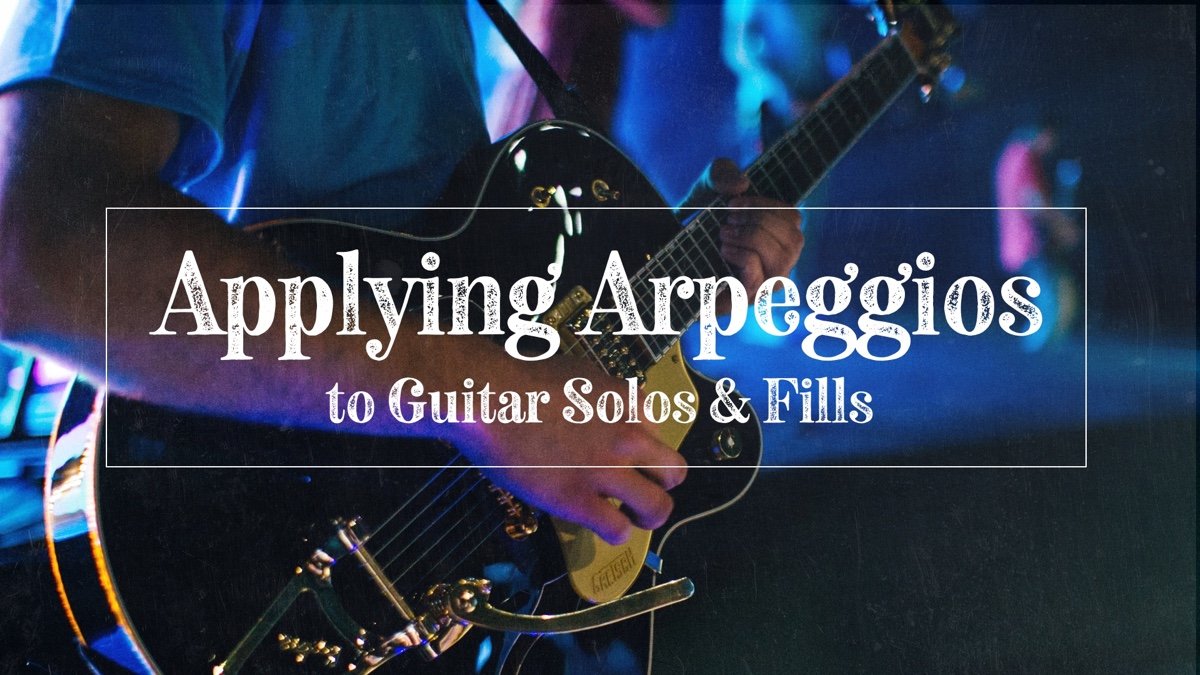